Build your AAA mobile Gaming Solution with 360 in AWS

Whether you’re an up-and-coming mobile developer or an established AAA game studio, you understand the challenges involved with launching a successful game in the current gaming landscape. Not only does the game have to be compelling, but users also expect a wide range of online features such as friend lists, leaderboards, weekly challenges, various multiplayer modes, and ongoing content releases. To successfully execute a game launch, it’s critical to get favorable app store ratings and reviews on popular e-retail channels to provide sales and awareness momentum for your game–like the first weekend of a movie release. To deliver these features, you need a server backend. The server backend can consist of both the actual game servers for multiplayer games or platform servers that power the game services such as chat, matchmaking, etc. These server backends must be able to scale up at a moment’s notice, in the event that the game goes viral and suddenly explodes from 100 to 100,000 users. At the same time, the backend has to be cost-effective, so that you don’t overpay for unused server capacity.

360 Gaming Architecture is a flexible, cost-effective, easy-to-use cloud platform. By running your game on AWS, you can leverage capacity on-demand to scale up and down with your users, rather than having to guess at your server demands and potentially over-purchase or under-purchase hardware. Many social, mobile, and AAA developers have recognized the advantages of AWS, and are having success running their games on the AWS Cloud. 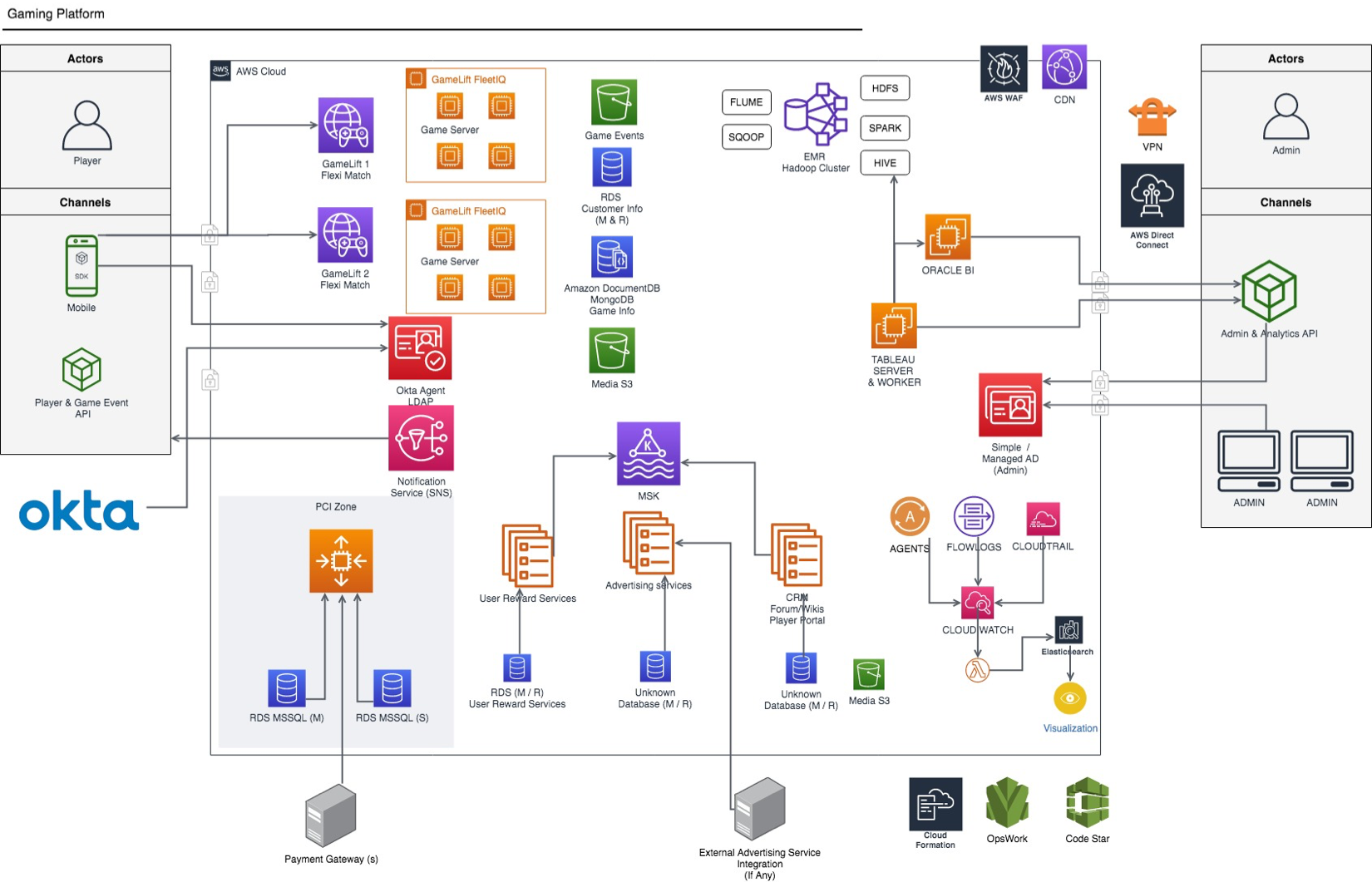